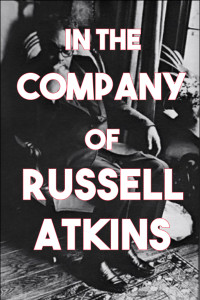 Russell Atkins, winner of the Cleveland Arts Prize 2017 Lifetime Achievement Award winner is a poet, playwright, composer and editor. Born in Cleveland in 1926, Atkins was raised by his mother, grandmother and aunt on the city’s east side. Perhaps best known for his work at Karamu House, considered the oldest African American theater in the United States, Atkins studied at Cleveland College, Cleveland Music School Settlement, Cleveland School of Arts and the Cleveland Institute of Music. In 1950, Atkins co-founded Free Lance: A Magazine of Poetry and Prose with friend Adelaide Simon. The first issue contained an introduction by Langston Hughes, and Free Lance continued under Atkins’ leadership for more than two decades.  In the Company of Russell Aktins includes previously unpublished work by Russell and a collection of poems from the literary community of Cleveland and beyond as an homage to his genius.