Many of the poems in this collection are not haiku in the strictest sense. Yes, they are composed of three short lines in the present tense releasing a moment of revelation — outsight insight — in short, a verbal rendering of the “aha” moment of zen awareness. And they often depict that intersection between human and nature. But they do not employ a 5-7-5 syllable format which is, anecdotally anyway, the first response for a layman’s definition of the form.  Nor do they have a “kigo”, or season word – in traditional Haiku one word from a set list to denote the time of year in which the poem occurs, for instance “frog” for spring. Neither do they use the “cutting” word, a verbal particle to accentuate the juxtaposition of images which usually occurs at the end of the second line; although they do occasionally use a 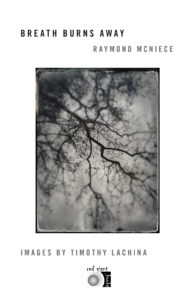 dash to that effect. Many of the poems here could be called senryu, comic haiku that describe incidents of human nature.        I feel compelled to mention this to warn off purists’ criticisms.  These are American English haiku/senryu. I make no claim otherwise.  Those seeking traditional Haiku should learn Japanese and peruse the copious lists of “kigo” that a highly formal and ritualized literary tradition (based on Chinese models) created over centuries.  But bear in mind that Basho, the poet most identified with haiku, upended that very tradition in many of his latter haiku — the famous frog pond haiku being an example of that.     These are haiku and senryu in an American style, more akin to Kerouac’s beat “pops”, Richard Wright’s efforts, and Robert Hass’ translations of the big three — Basho, Buson and Issa. Some haiku herein hew to the aforementioned formats, while others are aphorisms, imagist collages, short short narratives, and even jokes with a set-up/ set-up/ punchline structure.  They are influenced by my zen studies and my own idiosyncratic interpretation of the form.  They are a direct response to a moment, be that moment in nature, from reading the news, or a passing thought, with the technique of “notice what you notice” and get the ego out of the way as much as possible. They are not about capturing that moment, but realizing it and releasing it on breath —  breath which is nothing but the basis of the universe.