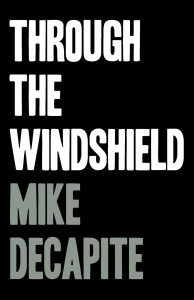 On a summer afternoon in 1985, while sitting on his porch steps in Tremont, Mike DeCapite opened a notebook to a blank page and wrote the words A Year on the Southside, and under that heading he took a few notes about the neighborhood where he’d been living for four years and where he’d spent nearly every Saturday visiting his grandmother, growing up. DeCapite was 23, with time to kill, having recently lost his job as a cab driver. To that time, he’d written journals and a few prose poems, and now he wanted to write a novel using both those forms. He was primarily concerned with creating a world where a reader would want to spend time, capturing its atmosphere, and conveying something of what time feels like, the actuality of passing time. He envisioned a novel that was open to chance and that combined the formal inclusiveness of James Agee’s Let Us Now Praise Famous Men and the lively intimacy of Celine’s Journey to the End of the Night. In his next-door neighbor Ed, he knew he’d found an outrageous voice of experience as a foil for his romantic narrator. He wanted to write what he thought of as a rock-&-roll novel. And he wanted it to be funny.

Late that summer, DeCapite’s fortunes took an unexpected turn when he met a woman from London who’d come to Cleveland visiting friends. DeCapite moved in with her and her roommates in London in December of 1985. His new girlfriend set him up with a typewriter from an office-supply store on Oxford Street and an attic room to write in, and in January 1986, he got to work in earnest on what would become Through the Windshield. In 1987 he moved to Williamsburg, Brooklyn, where he continued to work on the book. Excerpts from the book appeared in the first three issues of Richard Hell’s CUZ magazine, and DeCapite began reading from the book on New York’s Lower East Side. In autumn 1990, he and his now-wife went back to London for a few weeks, and he finished Through the Windshield in the same room where he’d begun it.

In 1998, after eight years of trying to find a publisher for the book, DeCapite——by then remarried and living in San Francisco——brought the book out himself under Sparkle Street Books.

Red Giant Books is publishing a corrected, definitive addition of this underground classic.  Long out of print with a robust market for copies of the original run, Through the Windshield is as fresh today as when it first hit the streets. The publication date is June 2, 2014.